Often called a visionary by his peers, Norm Levy has pioneered and successfully marketed unique and typically never seen before products, platforms and applications.  In the year 2000, he established his first start-up Media Street, in which he developed one of the world’s first digital ink and paper solutions that would allow you to print digital art and photos that were tested and rated to last beyond 100 years before noticeable fading or color shift. At the time, the dye-based inks that came with inkjet printers from Epson, Canon, HP and Kodak would fade or shift color prematurely.

Norm was the first to design and make commercially available a desktop inkjet printer “bulk feed ink system” allowing a user to simply pour ink into bottles that fed into their inkjet printer rather than having to buy expensive one-time-use cartridges that ended up in our landfills.  Norm was applauded for his money-saving, environmentally-friendly solution for digital photography and fine art printing and grew the line from desktop models up to the largest wide-format printers.

Media Street sold its acclaimed “Generations Inks, Papers & Canvas“, as well as its award-winning “Niagara Bulk Feed Systems” to professional photographers, hobbyists and artists in more than 100 countries throughout the world with $20m in revenue before selling the business to its worldwide competitor.

During the height of its sales of products used for the “print” side of digital photography, Norm had the foresight to design and manufacture one of the first lines of Digital Photo Frames that would allow you to view, rather than have to print, your digital photos 24/7, at any time, anywhere.

The four-year-in-a-row Award-Winning “eMotion Digital Photo Frame” line was sold through most professional camera stores across the United States.  They were also sold by top retailers, etailers and mail-order catalogs such as The Sharper Image, Frontgate, HSN, QVC, Best Buy, Target, Amazon, BJ’s and others.

Always staying ahead of the times and the competition, Norm developed the first of its kind “internet-connected” digital photo frame solution called “LifeGoRound” (For the Ride of your Life: in Photos and Videos) that would allow your photos and videos to wirelessly stream to any of your linked “digital frames” directly from Facebook or any other photo-sharing site.  Hailed as one of the First “Internet of Things” (iOT) by Vint Cerf (co-father of the internet), the platform was so clever and powerful that is was demonstrated by Facebook’s Sheryl Sandberg, at a Walter Mossberg Conference in Silicon Valley, where she exclaimed that “Norm invented one of the coolest ways to enjoy and share your Facebook photos!”

Norm’s first WiFi digital photo frame: The “eMotion Social-Connect” tied to its powerful web-based “LifeGoRound” platform was hailed by Facebook’s Sheryl Sandberg as “one of the coolest ways to enjoy and share your Facebook photos!”

On the heels of mastering the development and manufacture of niche electronics, Norm set his sights on the floundering music industry.  He designed the “vAMP” virtual Album MP3 Player,  aimed to displace the eroding CD sales and to bring physical music distribution back to retail.  An album “series” was embedded on the MP3 player with album art printed on the top and track listing printed on the back.

With the backing, content and support from legendary artists, Norm developed a unique content portal called Beyond.FM where consumers and fans would buy new music, videos and photos direct from the Artist to enjoy and play on the vAMP and/or on their eMotion Digital Photo Frame.

Chuck D showing off his vAMP

When social media started to make an impact for the Artists’ Norm was working with, their Fans did not believe it was them doing their own Tweets or Facebook Status Updates. So they turned to “Norm the Inventor” (as he is known) for a cool and powerful solution for authentic engagement with Fans across all social media.

ShoutOmatic was born out of the core coding and API connectivity of the LifeGoRound technology originally built to route digital photos to any desired viewing device. ShoutOmatic re-purposed the code to route “Voice” Messages to any desired online or offline medium for Brands, Celebrities, Artists and all social influencers.

Some of the celebrities that used ShoutOmatic:

In typical fashion, Norm diversified the “audio” offering to celebrities and created a sought-after hotline technology that has been used by all major record labels, major sports leagues, and two Presidential candidates.  The Celebrity gets their own virtual phone number that they give out to their fans via their socials as if it were their real mobile number.  Thousands of fans call the number and hear a relevant message, and after they hang-up, they get a text message sent to their phone from the celebrities’ number with an SMS text message the celeb wants directly delivered to the palm of the fans hand; to buy concert tix, buy merchandise, view video, vote, donate, etc.

ShoutOmatic was granted a United States Trademark for the word “Shout” and is broadly defined as any means to distribute audio messaging via mobile device or internet for social media purposes.  We think Norm sleeps with the Trademark document under his pillow every night:-)

Wanting to diversify and increase his network beyond music and sports, Norm consulted for Grumman Studios helping them get their incredible sound stages booked for TV and Major Motion Film Productions. This was an invaluable education for him and it expanded his network by building relationships with all major production houses and top producers; Marvel, Universal Pictures, Paramount, Disney, Warner, Amazon, Netflix, HBO, Showtime, etc

All of his contacts in music, sports, television and film began to ask him about how to capture, manage and distribute content in Virtual Reality so he convinced the president of Nokia to hire him to be part of the OZO launch team.  Nokia’s $60,000.00 OZO VR Camera was the first professional virtual reality camera in the market offering the full VR workflow and Norm helped sell the product into all appropriate verticals, worldwide.  Nokia has since pulled out of the VR space but served well as Norm’s springboard to learn VR/AR/MR and to get to know all the major players.

While searching for the next BIG thing,  Norm is helping start-ups with business development, sales, marketing, social media, strategic partnerships as well as introductions to prospective investors.

Norm’s idol has been Walt Disney for as long as he can remember.  Dreaming big is the only way to Dream.  “Stick-to-it-tivity” (Walt’s favorite made-up-word) is the only way to bring your big Dreams to reality, especially when everyone around you says its impossible and discourages you to move forward.
Stick to it and move forward….. 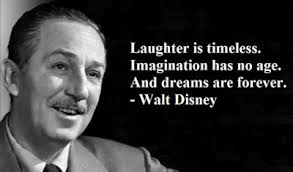