Oort offers a suite of decentralized data solutions for the next billion Web3 users. So far, Oort has successfully launched a few business solutions that operate on its 27k+ geo-distributed decentralized infrastructure nodes around the world. The key features of web3 data infrastructure are “Privacy” and “Low Cost”.  The services in promotion now are given as follows:

urFeed is a web3 social platform that combines live video streaming and short-form video with an inbuilt token-based rewards system where creators and users earn ownership of the platform.

They assembled quite an Impressive team with deep experience in building social, community and web3 platforms.

Their current focus is onboarding Live Shows. They are working with Patrick Wagner (Ex-head of Creators from Rug Radio), Trust DAO (Solana’s #1 NFT marketing agency), and dGEN Network (web3 media house) to onboard creators and their audience.

In addition to iOS, Android and desktop, they have been asked by Solana Foundation to create a version for the Solana Mobile phone to be the main social app at the phone launch in Q1.

Their goal is to be the go-to video platform for web3 creators and the gateway for web2 creators & brands into web3.

EAR Micro was founded by passionate artists who are also engineers, who spent 8 years developing the most advanced personal audio product in history–powered by a tiny microcomputer, all miniaturized to fit into a form-factor just barely the size of a marble.  It’s an “EAR computer”.  Along the way, they attracted some big name partners, like world-renowned Klipsch Group, Inc., and Swatch Group in Switz

erland, to participate in the T10 true luxury audio: in-ear computer project.
What can an ear computer do?  Get us closer to Panopticom?

MIXD makes iconic, cassette replicas and premium vinyl records that unleash the ultimate artist-fan experience. Simply tap your mobile device to the collectible and, magically, the embedded technology does the rest. Ownership is ‘minted’ to the fan instantly, unlocking exclusive content, personalized messages, music, art, ticketing, NFTs and/or whatever the artist desires to offer or communicate at any given time.

In essence, it is limited-edition, personalized merchandise with utility; a collectible that creates an ongoing customized bond between artist and fan.

B.A.M has built a blockchain specifically for tamper-proof ticketing, with ticketing logic built-in and handles the necessary throughput, speed, latency, security/privacy, etc.  We made integration so simple that your current ticket provider can seamlessly implement or we can handle the entire process.

If more than one ticketing provider handles your venue we offer the perfect solution as the ticketing clearing and settlement point.

Our company has been focused on developing a blockchain specifically for ticketing for the last 4+ years. This has enabled us to provide NFT ticketing that not only meets the most stringent requirements for ticketing but also has significant advantages over traditional technologies due to its specialization in ticketing transactions:

Norm Levy is Executive Director for the U.S.A.

Norm introduces iconic/legendary artists, artist management teams and investors to new audio technology that is about to change the way the world hears music.  For the past 100+ years, most of the world’s audio devices generate sound using the fatally flawed cone driver.

Introducing the revolutionary acousticWing®, which achieves what has been impossible until now

The acousticWing® is also the king of spatial sound – the industry’s latest buzz – achieving an incredibly wide dispersion field or ‘sweet spot’ compared to conventional cone speakers that are narrow and directional. Achieving the impossible, pure-fidelity audio, the acousticWing® separates instruments in even complex orchestral music, that reviewers and audio engineers have described as like being in the performance.

Headphones:
The company’s headphone prototypes are being acclaimed as ‘World’s best sound’ by acoustic engineers and industry veterans.

With 15 patents granted, 25 more pending and Ex CEO of Beats by Dr. Dre, Susan Paley having joined the Board, the company is raising funds to:

So cool that I could play an integral role in getting Mark Cuban and Steve Aoki involved in this clever new Web3 start-up!

I can now animate & bring my #BAYC to life with @Immi_io 👀🔥 I made this video with just my phone and the #Immiverse. 💫 #Sliving ⚡️#QueenOfTheMetaverse 👸🏼 pic.twitter.com/GyyNZq8c1E

These success stories exemplify the vision, hard work and execution of amazing founders who know how to surround themselves with the greatest team, partners and investors!
Kudos to Josh Robbins and the immi team for all they have going on!
🔥🚀🔥🚀

immi, the only real-time animation platform making full-body 3D cinema-quality characters and facial tracking technology accessible to anyone, anywhere, officially launches today in the App Store and announces strategic investments from Paris Hilton‘s 11:11 Media, billionaire business leader and Dallas Mavericks owner, Mark Cuban, life and business strategist Tony Robbins, Zoom founder Eric Yuan, worldwide sensation Pitbull, Grammy-nominated artist Steve Aoki, and NFT investor GMoney. For the first time, casual creators will have the ability to make animated content using only their facial expressions, democratizing animation by allowing anyone to create fun feature film-quality clips that can be shared instantly and leading a new era of content creation. Additionally, immi exclusively offers select users the opportunity to bring their NFT’s to life in a way that has never been done before.

Aves Lair is an early-stage VC and seed-stage accelerator with a focus on investing in the new wave of technology. Nestled in the SoHo district of Manhattan, Aves Lair is a carefully crafted collaboration between Lair East and Nakamoto & Turing Labs. Together, the two companies strategically fused their unique and complementary qualities to create a potent, resource-filled environment that will empower startups and tech founders to organically scale their business by applying cutting-edge technologies at the intersection of A.I. and blockchain technology.

Aves Lair is dedicated to supporting and ushering in a new wave of blockchain & A.I. applications and founders with a focus on compliance, track record, and longevity. We provide a wide range of customized services to startups and entrepreneurs with investments, training, and a global network

Welcome to Parallell, a cosmic playground of immersive wonders created by ZOAN, an award-winning virtual reality studio based in Finland. Today ZOAN is a leading VR studio working with companies such as Microsoft, Meta, and Nike Global. Parallell is a unique photorealistic and cinematic metaverse created with the latest technology of Unreal Engine 5.

The current phase of development is the space station “Utopium” a luxury resort, residence, and travel destination conveniently located in Parallell’s Metaverse that will offer gaming, shopping, and a rich entertainment experience. Utopium is the destination for ad agencies and major brands to bridge the virtual gap between 2-D e-commerce to hyper-personalized interactive commerce experience. This bridge helps launch brands into the future of advertising, branding and consumer engagement.

All of the Parallel worlds are connected via portals placed in random locations and are only accessible with digital passports (NFTS). How Parallell Differentiates:

Trading strategies are tested in “The Hatchery,” an incubator and set of development tools to build, challenge and deploy strategies. Once approved and tested with limited capital, these strategies are promoted to “Swan Lakes” where capital restrictions are lessened and the public can invest. Investors can browse the available Swan Lake trading strategies, compare performance, and select which they would like to invest in.

Profits from the Swan Lakes are paid to the trading model developers, lake investors, and the Swan treasury.

Traders will be compensated as a percentage of the profits of the Swan Lake that uses their models. Over time, superior performance will attract capital, greater capital will attract better traders, and better traders will develop even better models, thus perpetuating a flywheel that drives Swan’s success. 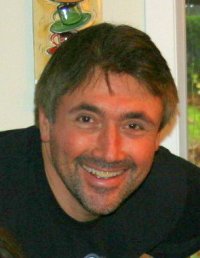